Our residents thoroughly enjoyed the visit of grade 5 students from our local high school. The first event in our new "Elder Buddies" program was the visit to Cardinal Place of a group of grade 5 students. As you can see from the images below it didn't take long for the generation gap to be breached and fun and interaction between our residents and our young guests to ensue. 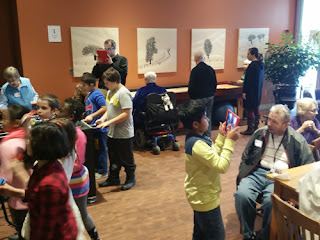 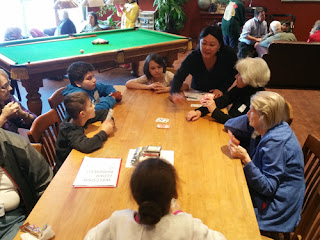 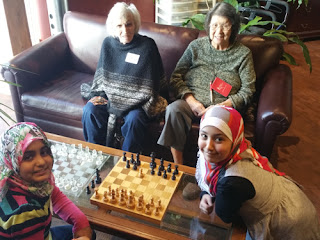 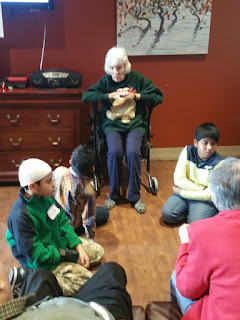 Next week our residents are looking forward to attending Christmas assembly and a puppet show at the High School. In the New Year both groups will tell stores, write, read and interact on art projects.

Posted by Cardinal Place at 15:17 No comments:

"Sandwich Towne was first settled in 1749 as a French agricultural settlement, making it the oldest continually inhabited settlement in Canada west of Montreal. Many buildings and houses date to the mid-19th century. The neighbourhood is bounded by Detroit Street and Rosedale Boulevard along the northern edge, by the Essex Terminal Railway to the east and south, and the Detroit River to the west. The Windmill in Mill Park is a replica of an original Windmill. This neighbourhood is very proud of its rich and diverse history, having murals on many buildings' sides that show people, events, and buildings of the past, such as Ms. B. McKewan Arnold, the great-niece of the famous Benedict Arnold, founding a hospital/nursing station in Sandwich, and of how slaves fled from the southern United States and the Confederate States to freedom in Sandwich through the Underground Railroad before slavery was abolished.

Sandwich was officially established in 1797 as a Town. Sandwich lasted as an independent town until 1935, when it was amalgamated with Windsor. In the summer of 2007, the neighbourhood of Sandwich was officially "connected" to the rest of the Windsor Bike Trail network, with bike lanes being extended along University Avenue (where it meets the Riverfront Trail/West Side Recreationway) to Sandwich Street, all the way to Prince Road, where it meets up with the College Avenue Recreationway, and is now among the most-connected neighbourhoods in terms of bike trails and bike lanes within it.

The neighbourhood still maintains the former County Courthouse and municipal building and current community center, Mackenzie Hall (built in 1855) by Alexander MacKenzie, the second Prime Minister of Canada, the Duff-Baby House (built in 1798) and a multi-purpose building which houses General Brock Public School, a Windsor Police Department precinct, and a branch of the Windsor Public Library and all at its famous "Bedford Square" (intersection of Brock Street and Sandwich Street)."

Building a retirement community in Old Sandwich Town Windsor has been somewhat of a "labour of love" for me and my family. The building, is full of character, not least because it was originally a Catholic convent St Mary's college known as "Holy Names Residence", for the teaching sisters of St. Mary's Academy. The current building was solidly constructed of concrete in 1977. In 2014 the building was extensively renovated to the very latest provincial standards, including a sprinkler system throughout, to provide even more peace of  mind. With the proliferation of large, corporate owned, remotely managed and expensive retirement compounds, places in locally owned and operated retirement communities are increasingly in short supply. That's why myself and my team are delighted to be giving back to the community of Old Sandwich Town Windsor the quality of care that the seniors of our region rightfully deserve.
Posted by Cardinal Place at 10:47 No comments: 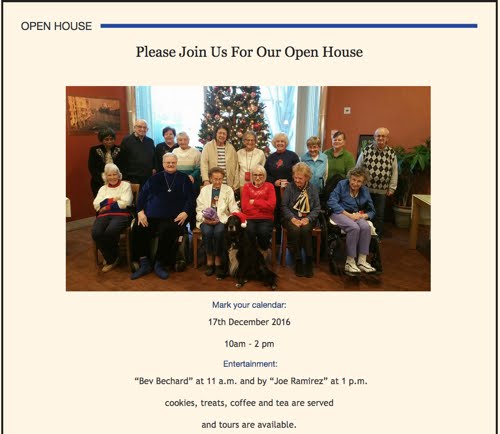